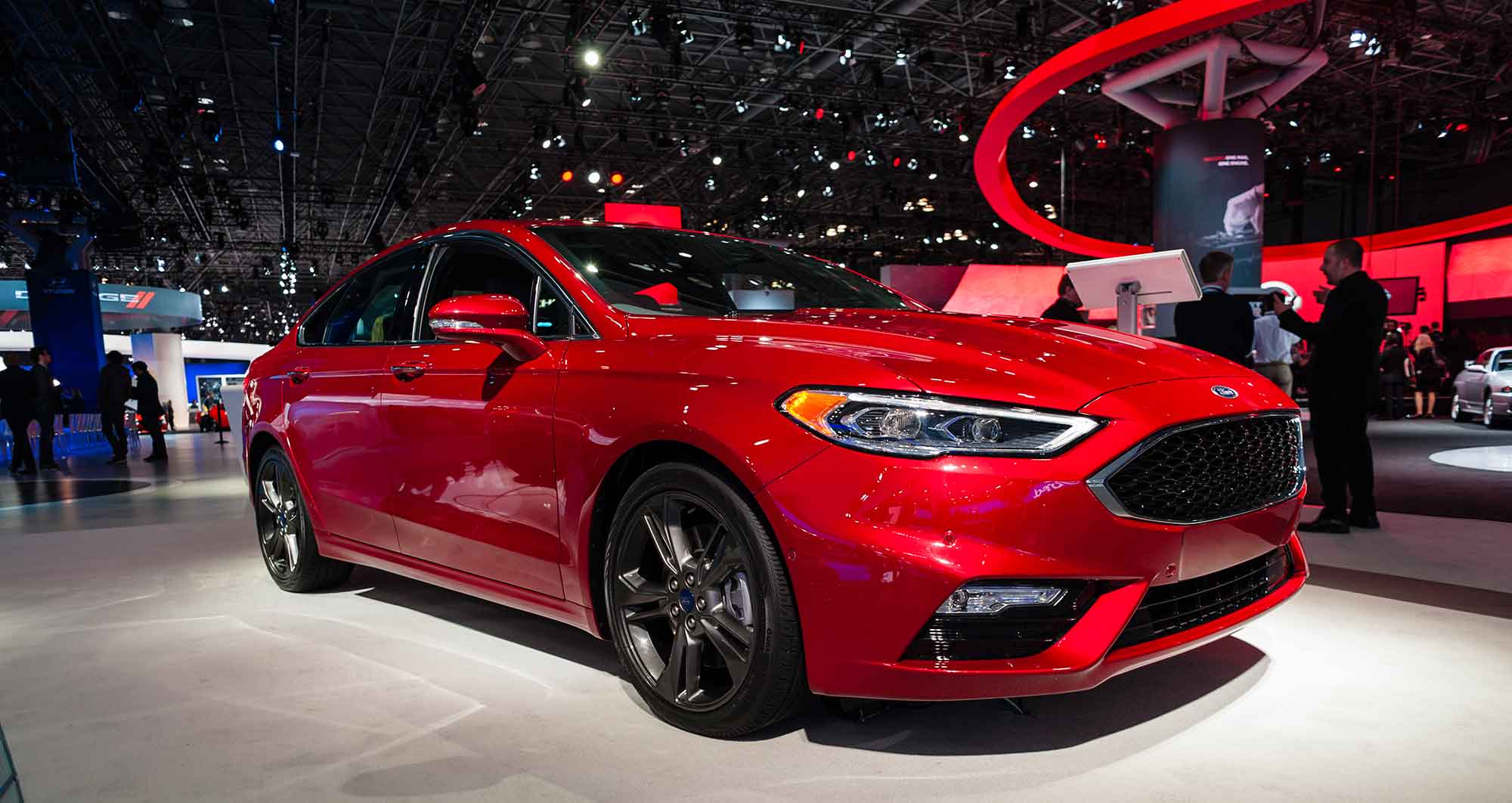 2017 Ford Fusion can be considered as a popular family budget car among people who live in Europe and the US. This vehicle is being exported to many other countries out there in the world as well. Even though Ford Fusion is promoted as an affordable family car, it can also be considered as an efficient hybrid equivalent and an entry luxury competitor.

In simple terms, Ford Fusion can be defined as a competent and a handsome family sedan car available for the people to buy. This is one of the best looking cars that you can purchase for its price tag. You will also be able to find many different variations of Ford Fusion available in the market. Some of these models are pleasurable to try. Therefore, it can be considered as one of the greatest cars released in 2017 for the people to go ahead and purchase.

What new features have been introduced to Ford Fusion 2017?

Along with 2017 variant of Ford Fusion, you will be able to see a variety of newly added features. Automatic start and stop functionality, rotary shifter and adaptive cruise control are some of the most notable features introduced to the 2017 variant of Ford Fusion. In addition, you will be able to find two new trim levels as Platinum and Sport. Out of available variants of Ford Fusion, Sports version can be considered as the most powerful and quickest mid-sized family sedan that is available in the market. Even though the Platinum trim does not offer such an impressive performance, it has specifically been designed to deliver improved comfort for the drivers. To improve the comfort, a leather trimmed dash and quilted leather seating has been introduced to the vehicle.

All the variants of 2017 Ford Fusion have been provided with a six speed automatic transmission system. It has the ability to deliver smooth shifts for the drivers. Basic version of this car has got a 2.5l four cylinder engine. On the other hand, you will be able to find a 1.5liter engine in the hybrid variants of 2017 Ford Fusion. Highest performance is delivered by the Sports Version, which is equipped with a 2.7l engine.

A luxurious interior is provided by 2017 Ford Fusion for all the people who go ahead and purchase it. The interior trims that you can find in this vehicle are attractive. Small audio screen and quilted leather have contributed a lot towards the above mentioned fact. Leg space offered for passengers, who are travelling in the front as well as in the back are impressive as well. Some of the standard interior features that come along with this car include power adjustable steering column, telescoping steering column and tilting steering column. You are provided with the ability to go ahead and purchase a heated steering wheel option based on your preferences.

The Ford Fusion has a unique looking front grille, which is pretty much similar to the ones that you can find in Aston Martin cars. In fact, Ford has improved the exterior looks of Fusion along with time and 2017 Fusion has got the best looks as a result of it. Along with the design, engineers at Ford have been able to achieve a perfect balance in between maneuverability and size of the vehicle as well.

A decent cargo space is offered by 2017 Ford Fusion for all the people who are interested in purchasing. However, it is important to keep in mind that there is a variation of cargo space offered by the different models of Ford Fusion 2017. In other words, gas powered variants offer additional cargo space for the users. That’s because you cannot find the massive battery pack inside the gas powered versions of the car. You are provided with the freedom to fold the rear seats of Ford Fusion with minimum hassle. Therefore, storing large items in Ford Fusion would not bring any frustration to you.

Safety features that can be found in 2017 Ford Fusion are impressive. It has also been able to deliver impressive results during the crash tests. The safe parking features that you can find in this car are amazing. Therefore, any family who makes the decision to purchase Ford Fusion will get the opportunity to keep peace of mind.

Are you looking forward to purchase a 2017 Ford Fusion? Then you need to be aware of the methods, which can be followed in order to get the best possible deal. All people who purchase 2017 Ford Fusion will be able to receive amazing incentives in between $2150 and $5000. If you go ahead and finance your Ford Fusion via an official credit arm of the manufacturer, you will be able to receive an additional discount as well.

To summarize, 2017 Ford Fusion can be considered as a perfect car available for a family to purchase. It has got all the features that you need to have in order to enjoy a hassle free day to day drive. Therefore, you can purchase the 2017 Ford Fusion without keeping any doubts in your mind.